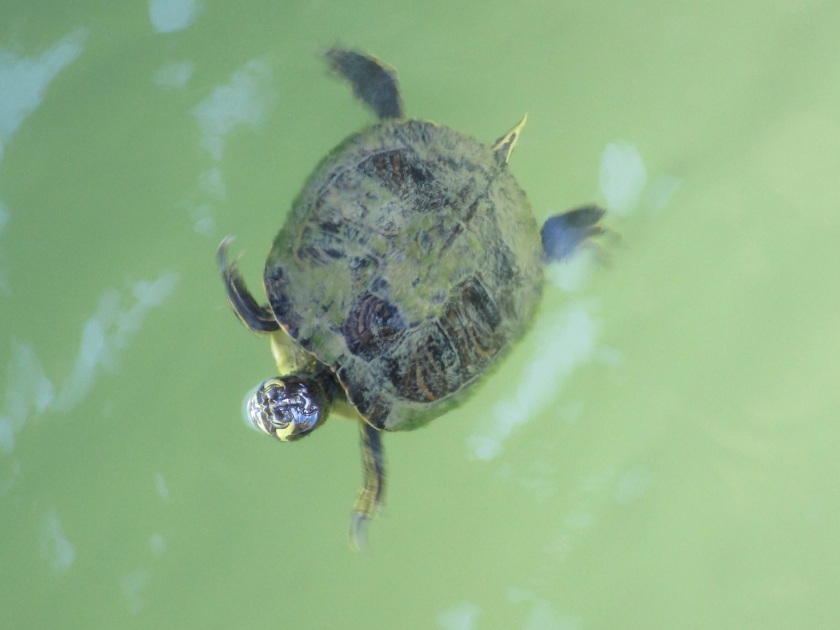 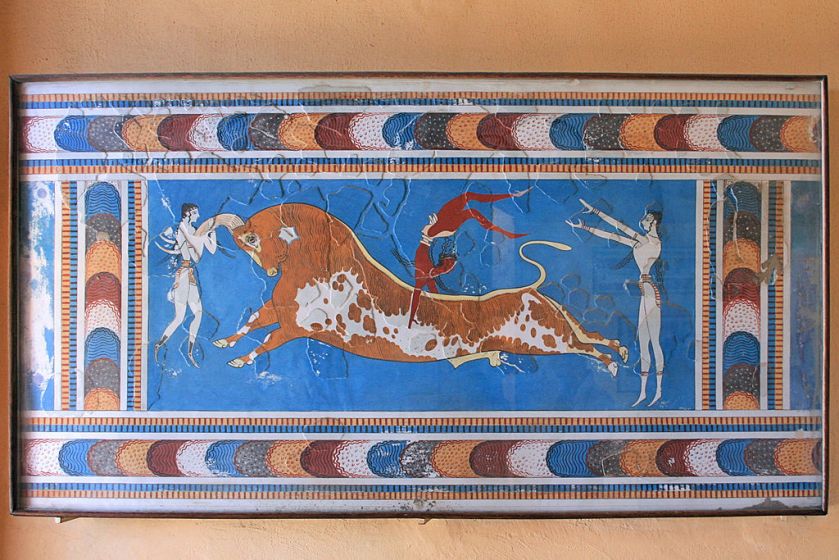 2.      Some historians think the paintings of the bull leapers do not show something that people actually did because it would be impossible to jump over a bull that way. What do you think?

Although the Minoans are very important because they were the first culture to develop in Europe and their culture formed the foundation for what became ancient Greece, we actually know very little about them. In fact, we are not even sure what they called themselves. The name “Minoan” is a name that historians have given to them. Historians got this name from King Minos, a character in a Greek legend about the island of Crete.

Most of what we know about the Minoans was learned by studying the art and architecture of the ruins they left behind. For example, they built a huge, complex palace at Knossos, on the northern part of Crete.

From looking at the art they left behind there, historians can tell that the Minoans thought that bulls were very important animals. They probably viewed them as having a special religious significance. The bulls might have been symbols for the gods. This special emphasis on bulls is probably due to the fact that bulls, because they are very aggressive, are often used to represent masculinity and virility. Some paintings left behind by the Minoans show young men and women jumping over charging bulls. This was probably a religious ritual of some kind.

In about 1450 BC, there was a volcanic eruption on the island of Thera, a small nearby island. The eruption caused the sky to blacken and rain ash on the Minoans’ fields. As a result, many of the Minoans’ crops died. It also caused an earthquake that damaged their large palace and other structures. As a result, many Minoans died. Others fled from Crete never to return. Minoan civilization came to an end.

Eventually, however, Mycenaean civilization also came to a violent end. In about 1100 BC, a group of people called the Dorians invaded Greece from the north. Not much is known about the Dorians or where they came from, but it is clear that they were using weapons made of iron, a kind of metal that is even stronger than the bronze weapons the Mycenaeans were using.

2. What kind of weapons did the Mycenaeans have that made them so powerful?

3. What kind of weapons did the Dorians have?